An Engaging & Inspiring Evening with Friends of Guest House 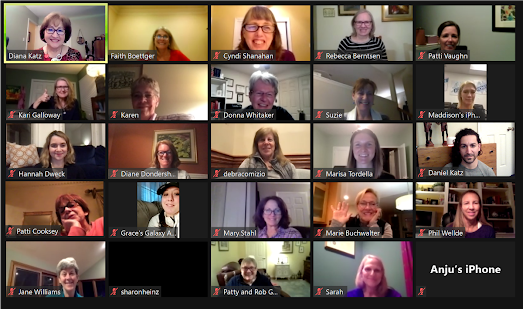 'Be kind.  Everyone has pain in their lives.'

This was the advice Maddison shared with members of Social4Good who gathered together virtually to discuss the powerful documentary 'Guest House.'  The film followed three women as they experienced reintegration from the prison system through their six months at Guest House.

'She smiled at me like I wasn't a criminal or a drug addict.'

Joining S4G for the discussion were FoGH Executive Director, Kari Galloway and Director of Marketing and Development, Marissa Tordella; documentarian, Hanna Dweck; and two of the women whose stories were featured in the film, Maddison and Grace.   Inspiring, moving, and courageous were words used by members to describe the women of Guest House.  During our conversation, Maddison and Grace answered questions about their lives then and now with the same honesty that made watching the film so compelling.  While they radiated hope and confidence, their lives have been dramatically impacted by the pandemic, changes in the job market and challenges in finding a job with a criminal record.

'We should not be judged by our least best moments'

The strength and commitment of FoGH staff and counselors was well  captured in the documentary and in the progress they continue to make.  Through advocacy, programs and ongoing support that helps the women of Guest House pursue their dreams, they are ensuring that their past does not define their future.  If you'd like to support Friends of Guest House:

on March 21, 2021 No comments:
Email ThisBlogThis!Share to TwitterShare to FacebookShare to Pinterest 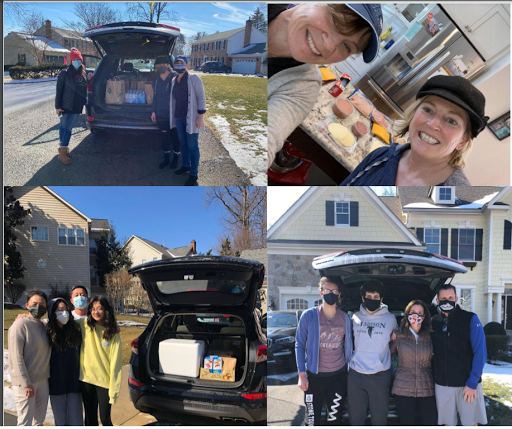 During February's Feed a Neighbor Project, Social4Good members showed kindness to those seeking sustenance and shelter and those needing to fill their spirits along with their stomachs.
The Lamb Center

COVID has been a bumpy ride for The Lamb Center and donations like yours really lift the spirits of  our staff and guests. -- Lamb Center Staff Member

The Lamb Center is a daytime drop‐in homeless shelter for individuals who are experiencing homelessness in Fairfax, Virginia. A sign at the entrance reads 'supporting the poor and the poor in spirit' and that's just what Social4Good did in February by donating lunch for residents of the daytime shelter.  Members sponsored sandwiches purchased from Maggio's in Vienna and donated lunch items that were displayed on a counter for guests to pick up what they want rather than handed a complete lunch bag.  With member donations, S4G also provided The Lamb Center with 10 high visibility safety vests to support their City Jobs program.

The Embry Rucker Community Shelter (ERCS) is a 70-bed residential shelter that provides healthy, safe, and emergency housing for individuals and families.  S4G members and their families made 75 bagged meals containing 2 sandwiches generously filled with deli meat and cheese, 1 fruit in a cup or fresh fruit, 1 healthy snack and 2 drinks.

S4G Members spent a fun and informative hour learning about the five wines and cheeses selected for our tasting pleasure.  Lisa Ames, of The Wine Outlet in Vienna, provided tips from how to open a bottle of sparkling wine (turn the bottle not the cork!), to learning the history of the vineyards and helping us gain an understanding of the different wine point systems.  The evening was a great learning and tasting experience while raising funds to feed our neighbors at The Lamb Center and Cornerstones. 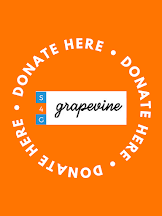